Data science and machine learning are increasingly finding novel ways to improve and advance modern technology, and at Doximity, it's no different. Data science1 software is somewhat unique in the software world due to its subtly different problem-space and a different kind of engineering that goes into it. Testing data science software is a unique challenge and a topic with a surprising lack of online documentation.

When we first started to try to support data science software in our test automation stack several years ago, this lack of documentation on the topic was problematic. It meant we had no real roadmap for how we should be testing data science code, what tools we needed to provide for the data team to empower them in their test writing, or what challenges we might face building out a data science testing framework.

Below, we'll elaborate on the sort of document we wish we had when we began building our test automation framework for data science.

So what does the source code look like that we will be testing in data science? The most widely used language in data science, and what we use the most at Doximity, is Python. This code makes use of databases for data analysis and transforms. It also often must be run via analytics engines such as Apache Spark containing code that can take hours or even days to execute fully. It’s not usually run as a server or service, but rather as something that is run periodically, often on a schedule, and then is done until it needs to be run again.

What does data science need from a testing perspective? A lot of the conventional uses of software testing don’t really apply to data science. We’re not testing code that powers a website or a mobile application, and we’re not usually testing APIs (though that certainly does still happen). We’re frequently testing code that will run on a schedule or a trigger, code that could have data science algorithms, or specialized code that performs a specific transformation on data. Additionally, the code we test often requires services unique to data science, services that can be difficult or even impossible to properly mock. Finally, we need a framework that is convenient and easy to use by a more broad swath of engineers than typical test automation frameworks need to accommodate. In data science, you have everyone from traditional software engineers to specialist mathematicians and scientists writing code that needs to be tested. It is a challenge, to be sure.

As we have established, Python is used pretty heavily in the data science world. This is advantageous for those of us interested in testing data science code because Python has an abundance of automated testing tools and frameworks: from unittest and nose2, to Pytest and Hypothesis. Really, any of these frameworks can be made to work for data science. However, at Doximity, we went with Pytest due to several advantages it has.

Beyond Pytest, we have several third-party plugins as well as custom in-house plugins we have included in our framework. These include various linting and “code smell” plugins, code coverage tools, test and build diagnosis extensions, and more.

Now that we have a baseline for a Python testing framework let’s delve a bit deeper into some of those extensions that are important for testing data science code in particular.

Data science code frequently involves interactions with databases. Thus being able to support code that makes heavy interactions with database software is important. The problem comes down to how much depth you support in testing code that touches databases. Superficially, you may want to mock some form of database functionality. This is a topic that frequently comes up in software testing, and there’s a mountain of documentation online dealing with it.

However, in data science, the code you’re testing often makes large-scale transformations on data in your database. These interactions can make mocking the entirety of the transactions difficult and can make mocking the data itself nearly impossible. Further, you frequently have code that is written using an ORM (such as SQLAlchemy), meaning that the underlying queries aren’t always known. Simple code changes can radically alter the underlying query without your knowledge. So there are extra challenges when trying to support code that interacts with databases in data science. Thus, it’s generally advisable to take a more tiered approach to testing database interaction code in a data science testing framework and provide several features, of increasing complexity, for testing more and more database entrenched code.

Ultimately, offering several options allows your data team to pick and choose which method is right for their code. At Doximity, we offer this sort of à la carte selection of database code testing features in our data science testing framework. 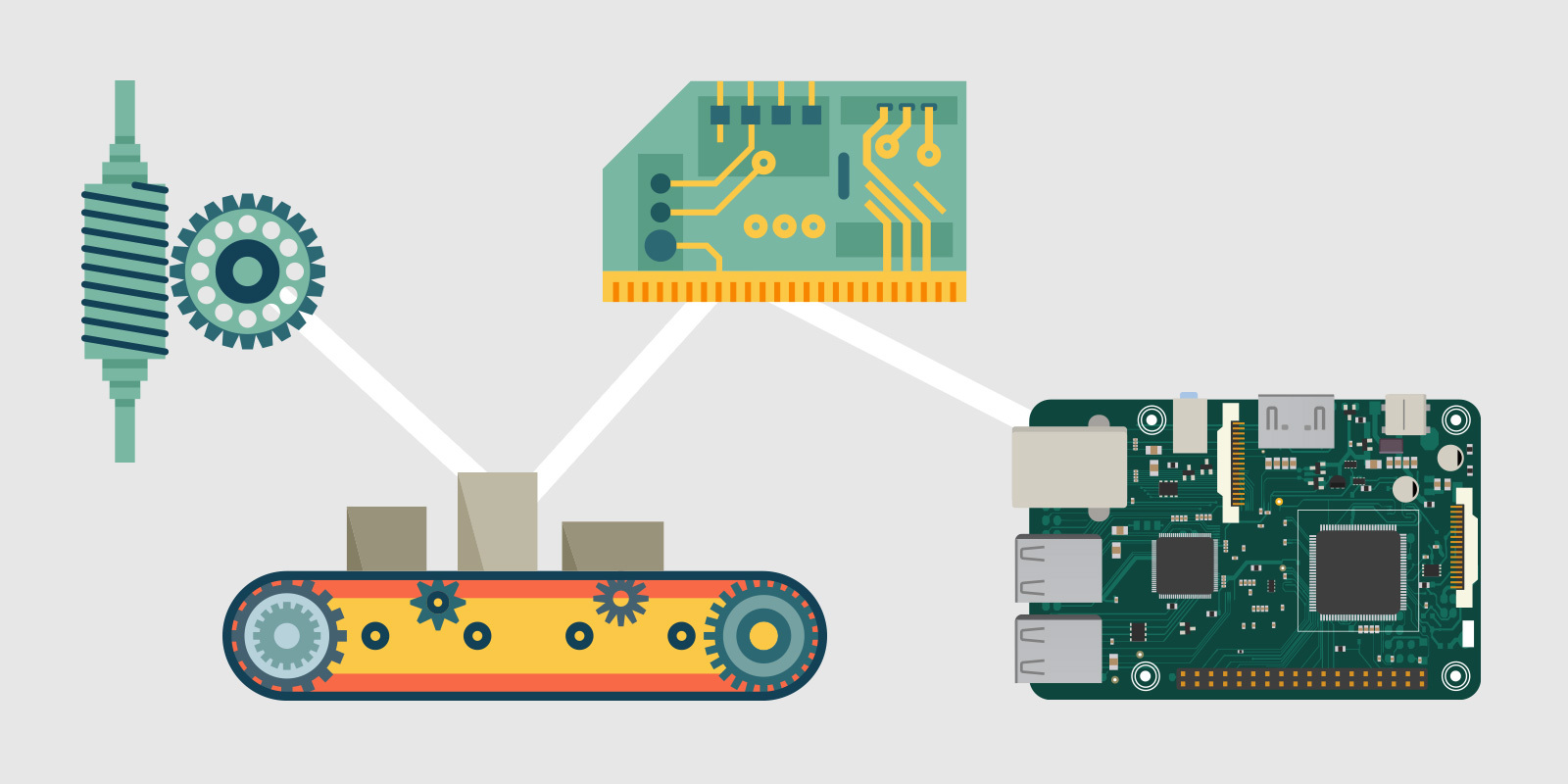 Beyond merely testing code that interacts with databases, there’s also a class of tests you may want to perform on the actual flow of the data. This could be ensuring that code changes do not affect underlying queries in unexpected ways, making sure that data flow through the system is secure, or increasing your confidence in data processing pipeline code.

Let’s start with the problem that modern ORMs can cause a disconnect between the code that is written and the underlying query that’s being constructed. The ORM abstraction will often hide or obfuscate what the query looks like under the hood, and changes to the code can inadvertently alter the underlying query without the implementer’s knowledge.

A useful feature of your data science test automation framework is something that can freeze those underlying SQL queries, allowing you to instrument tests that check for changes to the queries, or track deltas to the queries over time.

What we came up with internally for this functionality is a Pytest plugin called “SQL Freeze”. This adds a decorator that can be used in tests for taking a snapshot of the queries being generated behind the scenes in SQLAlchemy during test execution. We can then use that snapshot to perform future or additional tests against those same queries when run on code changes.

So what does this SQL Freeze look like? Well, we start by using Python’s “functools” to wrap our test methods and then intercept SQLAlchemy calls to decode the underlying queries. It can use these decoded queries to compare to existing text files or create new text files containing the frozen queries.

Usage of this decorator looks something like the following:

Using these frozen SQL queries you can safeguard against ORM updates unexpectedly changing the behavior you are anticipating. These frozen queries can be incorporated into additional tests or checks that can happen locally or in CI, or they could be useful in debugging data pipelines. Knowing the consistency of your queries is vital to ensuring confidence in your pipelines.

Apache Spark is an analytics engine for data processing and is widely used in data science. It provides a rich interface for developing distributed data processing tasks with implicit data parallelism and fault tolerance. Testing code that uses Apache Spark can be difficult, as it often requires Spark instances running, but these instances can be resource-intensive as well as difficult to stand up, and their management shouldn’t be the responsibility of the testing code or the data engineers writing the tests.

At Doximity, we’ve solved this problem by creating a set of fixtures that generate a shared Spark session across tests. We have also created fixtures used to generate dataframes easily from Python data structures, which help the brevity of Spark testing code.

We have a spark fixture which provides and manages a local Spark session. Using it in a test might look something like this:

Then, we have a create_dataframe fixture that can be used to create dataframes using inspection of Python data structures. Using this fixture in a test would look like this:

Because data science code frequently handles large amounts of data, it’s important to know that your code handles that data securely. One threat we must deal with is tainted data or data that has the potential of being abused by malicious actors. Code paths that interact with data pipelines which do not ensure those pipelines are sanitized could potentially spell disaster for downstream software that digests the data.

One way we guard against this threat is through a taint analysis tool inside of our testing framework. We have built a custom, in-house Pytest extension that wraps Pyre’s Python Static Analyzer, Pysa, to perform static analysis of code that handles data interactions. This will test the code against potential vulnerabilities in its data flow. We then provide a Pysa Scanner fixture in our plugin that allows data engineers to write tests that selectively perform taint analysis on sections of the code we might be most concerned about.

As an example, a data engineer may have a test in their suite which performs a selective scan on a specific module of their project, while at the same time, excluding certain subdirectories. Their test might look something like this:

What we’ve covered here provides a reasonable foundation for building out and extending a test automation framework for data science projects. We hope that this may give you an idea of what challenges face data science test automation and some solutions to those challenges. With this framework, a data analyst, scientist or engineer can increase their confidence that their code is sound as well as secure. This increased confidence in their code can lead to improved development velocity, an assurance of correctness in the operations the code performs, and overall stability in the data pipelines it contains.

Even though data science, machine learning, and artificial intelligence are three different domains with overlapping technology, I will mainly be lumping them all under the “data science” umbrella for brevity. If you’d like a much better, more in-depth, explanation about what each of these are, please see Bushra’s wonderful post here.